In an article published in the Jan. 1, 1940 edition of Time, this incredible montage appeared. Featured are some of the most notorious moonshiners who were arrested in a 1939 bust, when $423946-worth of moonshine was destroyed by federal agents in the Atlanta area. Perhaps the most interesting character is Theressa Brown (fourth row, center 2 mugshots), who had been perviously arrested 22 times, mostly for liquor-law violation, once for arson, once for shooting her husband. Poor bastard. At the time she was lovingly referred to as “Queen of the Bootleggers.” I would have just called her “Badass.” 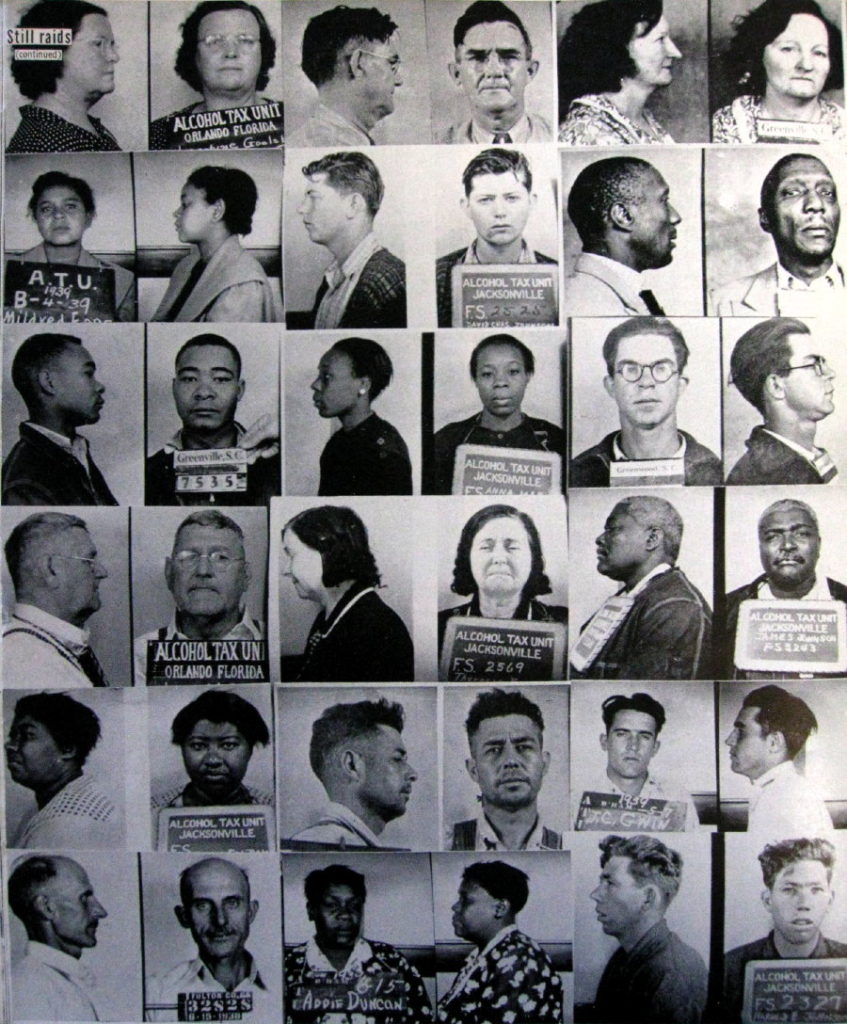